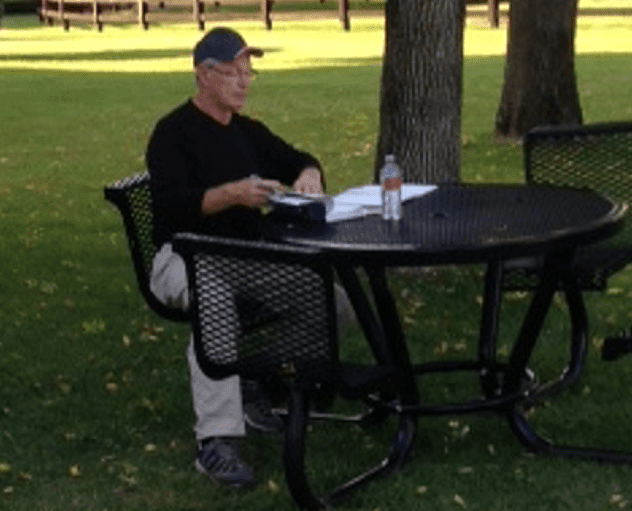 Good Sale or Not, Industry Must Come to Aid of Breeders

By Bill Finley
Photo: A Night Three buyer scouring the catalogue for a future champion

Yes, there has been a positive vibe so far this week at the Lexington Sale, particularly after the first night, which somehow managed to top what was a phenomenally good opening night in 2014. But all they really did was put a band-aid on a hemorrhaging, gaping wound.

This is a sport that is swimming in money thanks to the bounty from slot machine gaming that is now far more important to harness racing’s health than pari-mutuel betting handle. Yet somehow the industry has decided to spend this money in a manner that makes no sense, has created a critical horse shortage and has left a very important segment of the industry, the breeders, fighting for survival.

If you compare Lexington 2015 to 2013 or 2012 you will in fact come up with positive numbers, a good story. But there’s a much bigger picture, and there’s nothing good about it.

In 2000 the average price per yearling sold was $20,809, which includes Lexington, Harrisburg and all the smaller regional sales. That was before slots had taken over the landscape and horses were, by and large, racing for a lot less money.

Turn the page and now, with so much money available, in 2014 the average price paid per yearling was $21,372. Yes, that’s the best it had been in several years. No, that is not by any means good news for the breeder. The numbers fail to take into account the effects of inflation, how much more hay costs these days, how expensive it has gotten to ship horses to the sales, what you have to pay the vets to keep your horses healthy and so on and so on. Based on statistics available through the Bureau of Labor Statistics $21,372 in 2000 dollars is the equal of $28,607 2014 dollars.

Crunch the numbers and, when taking inflation into account, you’ll see that breeders actually sold their horses for an average of 25.3 percent less in 2014 than they did in 2000. Breeding horses is a hard enough business as it is.

How can you expect that segment of the industry to keep it heads above water when they are making 25 perfect less than they used to? The answer is, you can’t. And that’s why the industry is reeling from a foal shortage problem that gets worse every year and will soon make adequately filling race cards impossible. The foal crop in 2007 was 9,786. In 2014 it was 7,071. That’s a 28 percent decline over seven years. Scary stuff.

For every horse that sells at Lexington for $350,000, as did co-sales topper Federal Hill (by Muscle Hill) and Live For Greatness (Cantab Hall), there are dozens that sell for one-tenth of that or less. It’s estimated that the breeder is out about $25,000 in expenses by the time they get the yearling to the sales, which doesn’t include the stud fee. So every time you see a breeder sell a horse for $20,000 or less at Lexington you have just seen a breeder take a bath. And what about all the horses that sell for $7,000, $8,000 at the smaller sales?

How do those breeders keep going? Many don’t, thus the declining foal crop. Last night, breeder Ross Bonafeld sold a filly by a good sire in Rock N Roll Heaven out of a mare that has produced three winners that have made over $100,000, including one that earned $796,364. The horse sold for $10,000. Probably the yearling, named Rocknrollcovergirl, wasn’t the best looking thing but that breeder had every right to expect something other than taking a big loss on his horse last night.
He sold a second horse last night, a Conway Hall colt for $23,000. Another loss.

I don’t know Bonafeld or what his plans are for the future, and I certainly don’t mean to pick on him, but at what point does he decide this business isn’t for him anymore?

Everyone knows what has to be done. The way purses are paid out in harness racing is a crime. Well-bred 2-year-olds, if they are good enough, race in sire stakes split into five divisions or so with purses of something along the lines of $28,000. Maidens and non-winners of two go for far less than that. Only the very, very best young horses make it to the big-money stakes races.

Meanwhile, overnight horses and claimers go for huge money at places like Yonkers, Pocono and Chester. To their credit, Yonkers has taken steps to even out the inequity and the USTA addressed the problem at an industry summit this summer.

But it’s probably already a matter of too little too late, and this is an industry that has a hard time getting anything done, let alone something radical. And radical is exactly what is needed now. A few changes here or there won’t do. Tens of millions of dollars needs to be diverted from purses for overnight horses and put toward stakes and lesser races for 2 and 3-year-olds. If not, we will soon have racetracks with no horses to race at them.