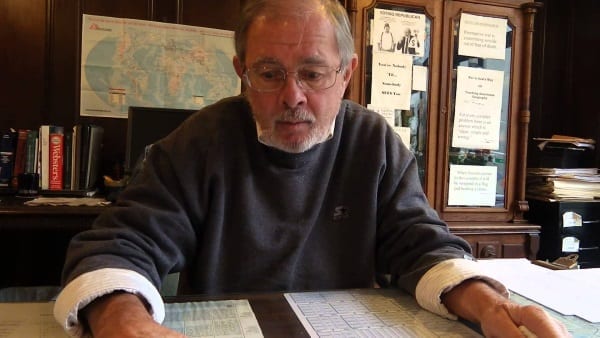 Four Michigan-based drivers who resumed their careers last year following a suspension of more than three years for their alleged involvement in fixing races – even though they were never charged – will be seeking compensation from the Michigan Gaming Control Board for lost income and damages to their reputations.

John Moody, Donald Harmon, Wally McIlmurray and Rick Ray had their careers put on indefinite hold when the MGCB suspended them in May, 2010 for alleged race fixing at Swartz Creek, Northville and Hazel Park.

Under advisement from their legal counsel at the time, the drivers exercised their constitutional rights not to testify over concerns they might implicate themselves.

When the MGCB refused to accept their applications to race after 2010 and 2011, the drivers hired a high-profile civil rights lawyer, Hugh (Buck) Davis. He filed a lawsuit in April, 2012 in the U.S. District Court in the Eastern District of Michigan Southern Division, seeking the reinstatement of their licenses. The court ruled against them.

In May, 2014, Davis and the MGCB lawyers worked out an agreement to allow the drivers to apply for their licenses so they could race again.

This past June, the U.S. Sixth Circuit Court of Appeals ruled that the MGCB violated the constitutional rights of the drivers by suspending them because they refused to testify. Davis told Harness Racing Update that after the ruling, MGCB executive director Richard Kalm publicly stated the drivers’ were still under investigation. Davis said that is untrue, and the suggestion they are has caused problems for the horsemen in some jurisdictions or racetracks that won’t allow them to race because of integrity concerns.

Davis has filed a motion to amend the complaint against the MGCB because of Kalm’s comments.

“We’re going to be looking for a big pay day as soon as (the MGCB) come to their senses or face a trial,” Davis said.

A spokesperson for the MGCB declined comment when contacted by Harness Racing Update.

Davis, who successfully represented clients that challenged the legality of the Nixon administration’s domestic political wiretap program in the ’70s, said he has already wrung up $600,000 in legal expenses. In this type of litigation, the lawyer receives a percentage of any money awarded to the plaintiffs in either a court proceeding or settlement should the parties come to a resolution.

“I started out suing the government for governmental abuse in my first-ever case and it went to the Supreme Court,” Davis said. “I’ve been suing the government ever since. It’s the way I make my money. They always fight and they have all kinds of abilities and protections and therefore it’s not unusual for cases to take three years or longer. That’s just the nature of the business and the reason not many people do it – you can’t afford to stand there that long and wait to win – but I’ve done it long enough that I settle enough cases every year to keep me going while the others go through the process. Most of my work is policy misconduct, police brutality, but the federal civil rights laws cover every state or local governmental employee who violates peoples’ rights.”

Moody is seeking justice for the mental, physical, emotional and financial damage he has endured being labeled a race-fixer.

“I’ve raced for over 40 years and never had a problem with racing in my life,” Moody said. “I’ve trained for a lot of retired judges and a lot of retired cops. When this whole mess went down, we were like ‘what in hell is going on here?’

“I’ve been licensed everywhere around the country my entire career. When I got back driving, I wanted to go to Pompano last winter. Florida said they would license me, but the racetrack said based on my reputation, which had always been clean up until this little event, they did not want me to come down. Ohio is the same thing. They will license me, but the racetracks said it’s not in the best interests to have (me) here based on my reputation.

“I’ve been in the business driving horses since 1977, won numerous awards and have great friends and never had a problem anywhere I went. Now I’m the guy that fixed races. I’m 56 years old and horse racing is the only thing I know. What else am I going to do? My reputation is shot.”

Moody, who had to file for bankruptcy protection on his farm while out of work, said he will be seeking more than $10 million because of the toll it has taken on him and the damage to his reputation. He totaled more than $320,000 in purse earnings for the horses he drove in 2009. Last year, he had only 24 drives and purse earnings under $10,000. This year, he has driven less than 100 times and his horses have earned slightly more than $50,000.

“One thing I’ve learned about this process: no one is going to ram a settlement down my throat,” he said. “I’ve had two heart attacks over this, four hospital stays and a stroke. I’m done with these corrupt officials and they are going to pay the price. It’s that simple.

“I can tell you this much, if I was sitting in a room with three other guys and one guy said he wants over $10 million, my first thing is ‘I’m not going to take any less than him.’ I’m saying from John Moody’s perspective it’s going to cost over $10 million. I was on the front page all over the country as the race fixer.”

Harmon, who is racing in Indiana, said he cannot race horses in Ontario until he comes in for a hearing with the racing commission because the MGCB recently said the horsemen are still under investigation.

“There is no investigation. It’s been over since 2010,” Harmon said. “The Gaming Board said we got our licenses back but we’re still under investigation. Ontario won’t license me, it’s costing me a lot of money. I told them I would come up there in November and get it straightened out so I can race up there.”

He has a homebred two-year-old colt pacer, Blue Fox, he owns, trains and races that was staked to races in Ontario but was scratched by the Ontario Racing Commission from two races in July.

“If you know anything about the horse racing business, you know what kind of expenses there are from breeding the horse to getting it ready to race,” he said.

Harmon said he hasn’t thought about how much money he will be seeking in damages.

“I’ve had two heart attacks over this, four hospital stays and a stroke. I’m done with these corrupt officials and they are going to pay the price. It’s that simple.”
Driver John Moody

“I knowing we’re getting awfully close to sitting at the table with these people and whatever Buck says I’m going with him,” Harmon said. “It’s affected my reputation. I had a lot of horses at the time – I’ve got quite a few now – and mentally it took a big stress on me because I’ve got three kids and we have a 40-acre farm in Michigan. I had to send my wife (Krista) on the road to train and we were separated for a couple years. It was hard on me and the kids, (just) every day waking up. As far as my health, knock on wood I’ve been okay.

“I’m not driving my horses at Hoosier. It’s a pretty tough driving colony. Everybody around here won’t use me because they probably think I am fixing races. It’s hurt my reputation. I trained horses for a lot of guys who stuck behind me. They knew it was b.s. from the start.”

Davis had no knowledge of the horse racing industry or any of the horsemen before taking on the case. To him, it was strictly a matter of the abuse of civil rights with no basis to the claim of race fixing. Moreover, Davis said the matter was driven by a “police rogue operation.”

According to court documents, the race fixing allegation surfaced in 2009. Gary Post, the Operations Manager of the Horse Racing Section of the MGCB, received an anonymous call about several drivers, trainers and gamblers involved in a race-fixing scheme that took place in 2008 and 2009. Following the tip, Post immediately began an investigation and enlisted steward Robert Coberley to help in reviewing suspicious races. Initially, Coberley and Post focused their attention on eight harness races, and reported their findings to the Michigan State Police, which conducted an investigation and later executed search warrants.

The matter became public when the Michigan State Police and MGCB indicated in a media release in March, 2010 they executed multiple search warrants at three private residences in Southeast Michigan, as part of an ongoing investigation into individuals suspected of race-fixing, and that Ontario Racing Commission was also involved in the investigation. The release indicated investigators identified as many as 30 harness driver, trainers, owners, and gamblers who are “believed to have conspired to predetermine the outcome of certain harness horse races” at Hazel Park, Northville Downs and Sports Creek Raceway “to earn a profit through fraudulent wagering.” It was noted the three tracks had been working and cooperating fully with investigators and were not under investigation.

“Anyone attempting to fraudulently influence the outcome of a horse race or to profit through fraudulent wagering is guilty of a felony,” Col. Peter C. Munoz, Director of the MSP, said in the release. “The MSP takes these allegations seriously and is working closely with the MGCB to fully investigate these allegations and any race-related illegal activity.”

“The MGCB is committed to ensuring the highest standards of integrity in Michigan’s horse racing industry,” Kalm said in the release. “Competitors can be assured races will be conducted fairly and those placing wagers should feel confident they have a fair chance to win.”
Phone numbers were provided for anyone with information about these allegations or “other race-related illegal activities.”

Moody said he and the other horsemen co-operated with the MGCB when they were originally accused of race fixing because they had nothing to hide, but said a “rogue cop” called up their lawyer and told him to tell his clients to be prepared to be arrested immediately after testifying. Moody said that’s when he and the other horsemen were advised to exercise their right not to say anything. But he said he was told by two members of the MGCB they were not allowed to plead the fifth because they had no rights as licensed horsemen of the MGCB. They were suspended in May, 2010 and immediately branded as race-fixers.

Kalm was quoted on mlive.com saying the horsemen were suspended for not co-operating as required by their licenses. He added “the license is a privilege and that’s how we view it. We need transparency and co-operation going forward.” He added the suspensions could be lifted at any time.

But two years later, after repeated attempts to get licensed, the drivers hired Davis and he put forward the lawsuit. The MGCB, Kalm, MGCB members Post and Al Ernst, state stewards Daryl Parker, Richard Garrison and Billy Lee Williams, and John Lessnau, an investigator for the board, were named as defendants.

The drivers sought “declaratory and injunctive relief” concerning the legality of the suspension of their licenses, but the court ruled against them.