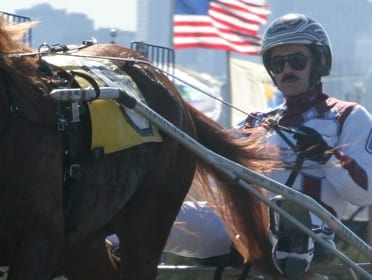 Hall of Fame driver John Campbell broke his wrist in a spill during baby races yesterday at the Meadowlands. Campbell sat out last night’s races at the Meadowlands and will also pass on his drives tonight. However, he told Harness Racing Update last night that he hopes to drive next weekend.

“The timing of this could not have been worse,” he said. “It’s eight days before the Hambletonian and that’s obviously not a day I want to miss. “