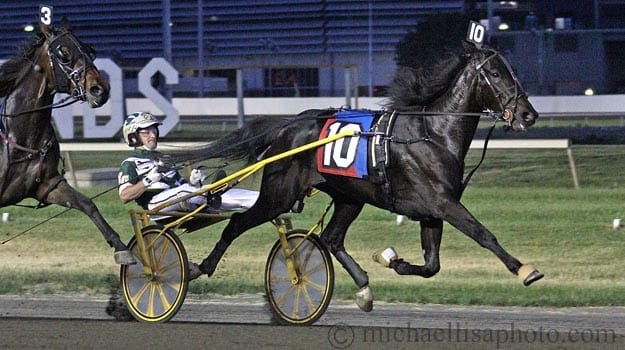 Ron Burke still believes that at 100 percent Mission Brief would win the Hambletonian. He just doesn’t know if he can have her at 100 percent on that afternoon.

But Burke will likely get some answers tomorrow night at the Meadowlands when the daughter of Muscle Hill meets seven others in the $187,000 Delvin Miller Memorial, where she will be the heavy favorite in a race restricted to fillies.

“I will have a better idea about things after this race.,” Burke said. “I think I’m going to the (July 26) Zweig (for fillies) with her. I don’t see any reason not to. It gives me another race. She’s only had two starts this year, so it’s not like I’ve killed her. The Zweig has a good purse and I like going to Vernon.”